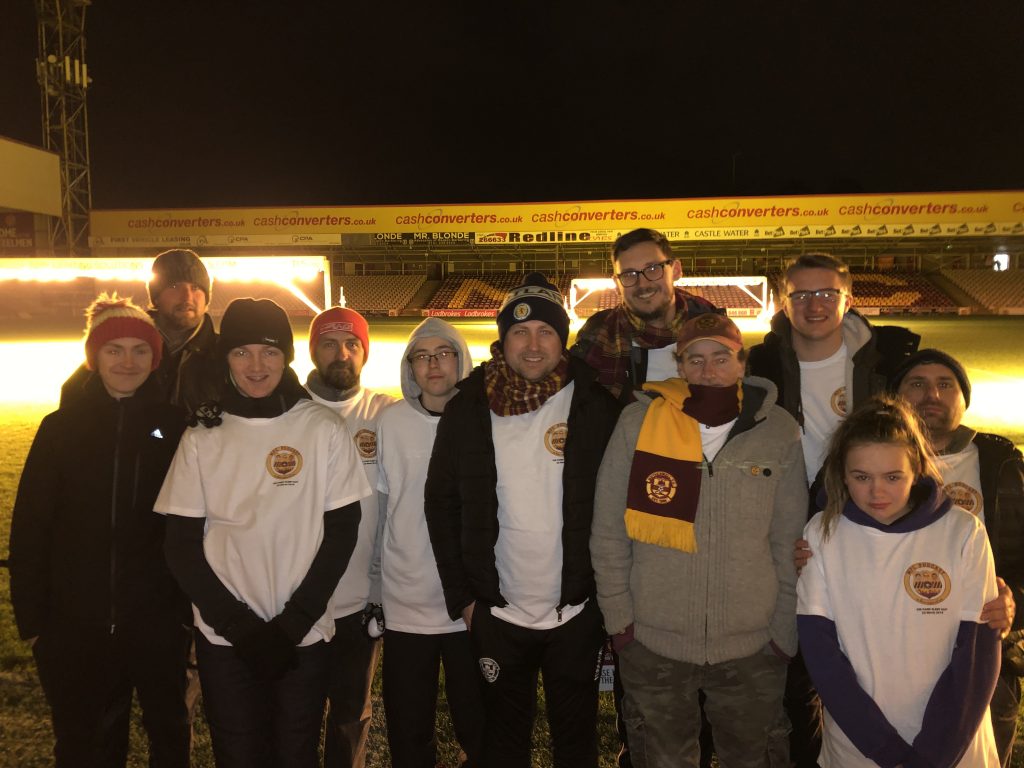 It was an evening at Fir Park with a difference…

On Saturday evening into Sunday morning, a small band of ‘Well supporters took part in the first ever Fir Park Sleep Out.

The event was organised by the MFC Podcast in support of Shelter Scotland, Motherwell FC Community Trust and the Motherwell Disabled Supporters Association.

A night in the cold and rain was more than worthwhile for those taking part, with the latest total of monies raised standing at £1400.

MFC Podcast host, Andy Ross was delighted following the success of the event.

“It was a long night at times, but everyone helped each other through,” he said. “For us this was only one night in the cold and wet, the unfortunate reality is for thousands of people across Scotland are facing this every night.

“Hopefully tonight’s event will make a small difference to helping win the battle against homelessness in Scotland.

“I’m really pleased at how the event went, I can’t thank the team at Security Scotland and St Andrew’s First Aid enough for their presence on the night, as well as Motherwell FC and Robert Park for accommodating the event.

“On top of that, I’d like to thank all of those who took part or supported the Sleep Out through making a donation – it’s massively appreciated.”

You can still donate to the Fir Park Sleep Out HERE