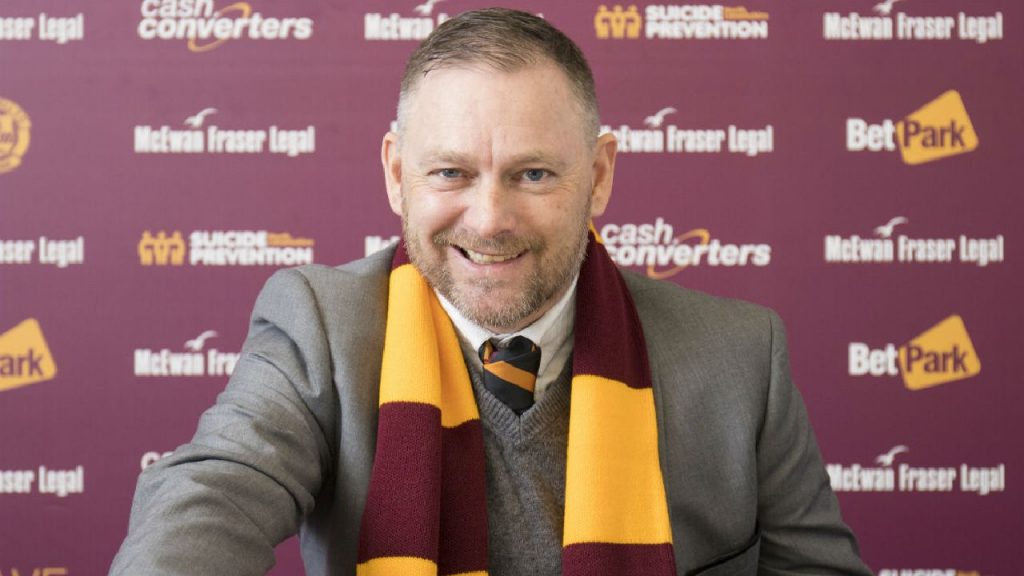 It’s 10pm. Eddie Wolecki Black and his Motherwell Ladies side have been on the go for almost 12 hours. The mood on the bus has lifted after a stop at Pizza Hut and the players seem to be trying to put the 1-1 draw with Aberdeen hours earlier to the back of their minds.

Wolecki Black however, seems unable to switch off from all things football. He has his head buried in Johan Cruyff’s autobiography, following a few hours of watching back footage of the controversial game that saw his side’s nine game winning run come to an end.

The ‘Well boss was sent to the stand and two of his players saw red during the course of the 90 minutes. Following the full time whistle another player in claret and amber saw red for offering her viewpoint on the refereeing display she had just witnessed – it’s fair to say it was an eventful afternoon.

You only need to be in Eddie’s company for a short time to realise how massive a part of his life is taken up by football, so spare a thought for his wife (and Motherwell Ladies defender) Emma, who witnesses and lives with her husband’s obsession for the game on a daily basis.

“I think you’d be right to say I’m a football obsessive,” he laughed.

“While myself and Emma were watching a game the other night she actually said to me ‘can you not just switch off for a minute?’ I was sitting analysing every detail, I can no longer watch football as a game – I have to analyse it all.

“I was brought up in a football family, everyone in the house was mad about football. It was impossible to avoid it, my dad managed youth team and then became a referee, then obviously my own career took off when in my teens – it’s always been there for me and I don’t know any different. 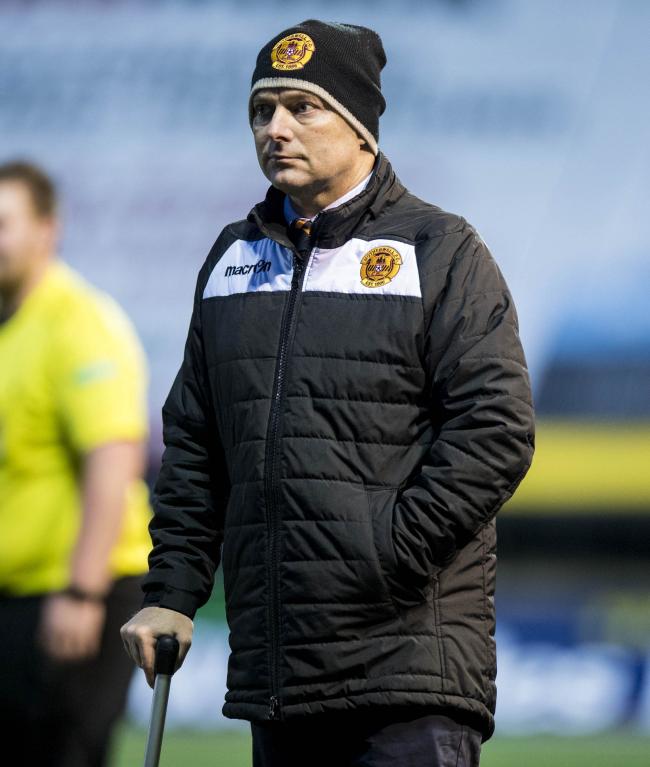 “It wasn’t a good night’s sleep on Sunday night that’s for sure and yet if we had taken one of the two chances we had late on I would probably have slept like a baby. It’s all about the end result, people talk about performances and I get that, there’s a way to win, of course there is, but there’s no right way to play football – if there was we’d all be playing that way.

“I’m very demanding of others as well as myself. I expect 100%, if you can’t give that then what’s the point of doing it? You’d be as well not bothering.

Eddie’s full-on approach to his work is clear, but it hasn’t been without consequence. During his time as manager of Airdrie he suffered a brain hemorrhage at half time in their meeting with Cowdenbeath at Central Park.

The road to recovery has been a difficult one, it’s a true testimony to the man, the extent of his recovery, though he is well aware he needs to be careful not to overdo things and credits his coaching staff for helping him avoiding that.

“When I was Airdrie I was in charge of the first team, the under 20s and the whole academy, then people wonder why I had a brain hemorrhage,” Wolecki Black said.

“It’s important for me to be able to take a step back and that’s why it was so crucial that I have the right staff. In Donald (Jennow) and Andy (Moran) I have staff that I can trust, so if I am away, whether it be for a training session or a game, things will still be done properly.”

Recently Eddie travelled to America for pioneering treatment that was brought to his and Emma’s attention when watching a documentary by Andrew Marr, who has also undergone the same procedure. There are clear positive changes in his appearance since his return, he has noted change in his moods too and although he continues to walk with the aid of a walking stick his coordination has improved.

Following his time with Airdrie coming to an end, he would undertake various jobs around football, before being offered the job as boss of Motherwell Ladies.

Eddie can’t speak highly enough of ‘Well Chief Executive, Alan Burrows for ‘seeing past the prejudice’ and offering the chance to return to management, although he has certainly gone a long way to demonstrating that he has lost none of his abilities as a coach – guiding Motherwell to the top-spot in SWPL2, where they currently hold an eight-point lead with 10 games of the season remaining.

“I was never really away from football, after parting company with Airdire, BSC Glasgow opened their doors to let me in and asked if I would go coach there – that was brilliant for me. Ironically I actually met Graeme McArthur, who was coaching at Motherwell at that time and we became good friends,” Eddie added.

“I am very, very grateful for the opportunity that Motherwell gave me, there’s absolutely no doubt about that. It takes a special type of person to overlook the prejudice and say ‘I can employ that guy’ and buy into his vision. Alan Burrows bought into my vision for the club, probably the biggest thing he knew was I’d be able to attract players here as I’ve been around the women’s game for a fair number of years so know the teams, most of the players and have an understanding of what it takes to be successful in the women’s game.

“The thing in football is that you can never say anything is long term. You can be one phone call away or one mishap away from ending the acquaintance. I don’t look too far ahead that’s for sure, what I do look at is what is there right now and what is needed to take the team forward.

“Alan and myself get on very well personally, he’s a Motherwell fan at heart and only wants the best for the club no matter what bracket of the club it is – he wants the club to be the very best it can be.”

Motherwell are currently on a two-week break from competitive action due to the international break and at the end of the month the league action will stop for its summer break. Typically, of Eddie though, football will remain at the forefront of his mind, even when some of his players are setting off on their summer holidays.

“A break gives you a wee chance to mull over where you are and what you are doing. You can also look ahead a wee bit and think ‘what if?,” he pondered.

“What if this team gets promoted? Are we strong enough? What do we need? We can then start looking about the other club’s and see what they’ve got. I always think in any walk of life there’s more questions than answers, I’m a great believer of that.”

One of the most prominent figures in Scottish women’s football, Eddie is well placed to assess how the game is progressing. This season the league is backed by a sponsor and the media coverage of the game is gradually improving, having overcome negative perceptions and stereotypes.

The former Glasgow City boss has experienced the popularity of the women’s game across Europe during the 10-in-a-row title winners’ Champions League campaigns and feels the key to their success is match-day experience.

“I heard all the stuff back at the start, ‘wummin playing fitba are ye kidding’ and all the stereotypes that were thrown at them,” the 53-year-old recalled.

“There were accusations about their sexuality for example, that spoke more about them than it did us. As individuals if that’s how they were brought up then I actually feel sorry for them. Women’s tennis was in that place not so long ago and now look at it – a person on the street would pay just as much for a women’s match as they would a men’s.

“The game is getting there; I’ll never forget going to the quarter-finals of the Champions League with Glasgow City. At the second-leg against Paris, we played at the Parc des Princes and there were 17,000 at the game.

“Then in Berlin there’s a team called Turbine Potsdam who have won the Champions League on a few occasions. They’ve got an official women’s team souvenir shop in Berlin, with all sorts of merchandise around the team. The newspapers devote pages to women’s football and they take great pride in their team – that’s exactly how it should be.

“I asked a guy in Frankfurt, who were one of the first winners of the Champions League, how they maintain such impressive attendances of four and five thousand at home matches – when you think about it, that’s what Motherwell get at home games.