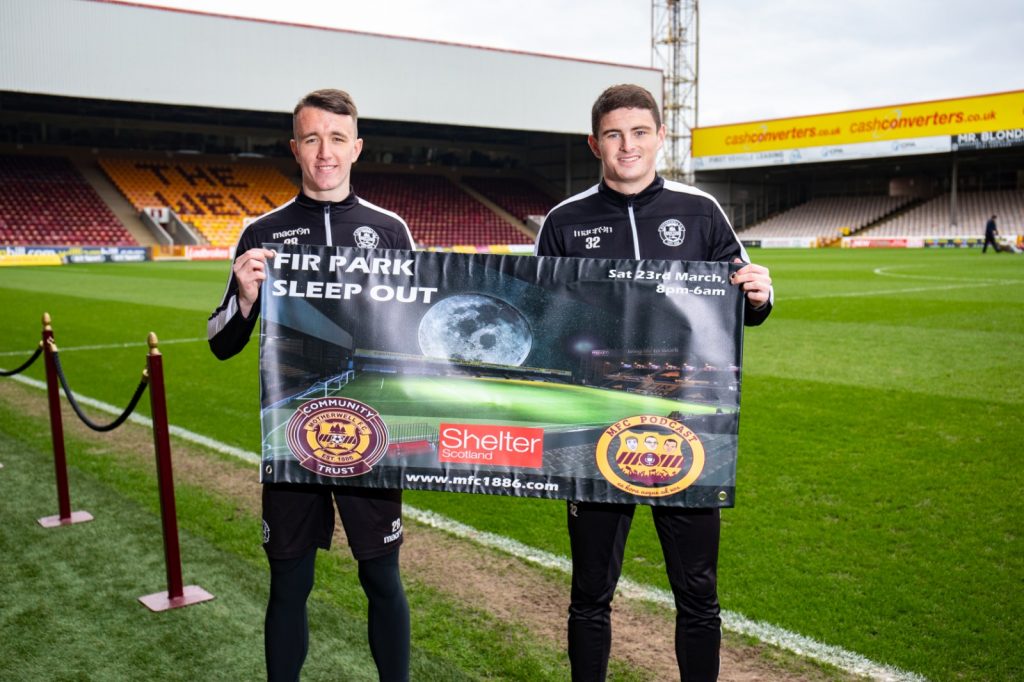 Motherwell fans are set for a night at Fir Park with a difference on 23 March.

Almost 20 fans have already signed up for the first ever Fir Park Sleep Out, which will raise funds for Shelter Scotland, the Motherwell Community Trust and Motherwell Disabled Association.

Supporters will spend the night sleeping under the stars at Fir Park with only a  sleeping bag to protect them against the elements.

It’ll be a somewhat different experience from the usual 3pm on Saturday experience the Steelmen faithful are used to, but organisers, the MFC Podcast are hoping it’ll be a great success.

“There’s been so much work went into the event so far,” they explained.

“Thankfully the response has been very positive with fans from far and wide signing up.

“We’ve still got two weeks until the event and are now hoping we can really push on, attract more numbers and make the first Fir Park Sleep Out a great success.”

‘Well stars Jake Hastie and David Turnbull have already shown their support for the event and the organisers are currently on the look out for an event sponsor.

You can sign up for the Fir Park Sleep Out HERE, while those unable to take part can support via the MFC Podcast website or by sponsoring any individual fan taking part.