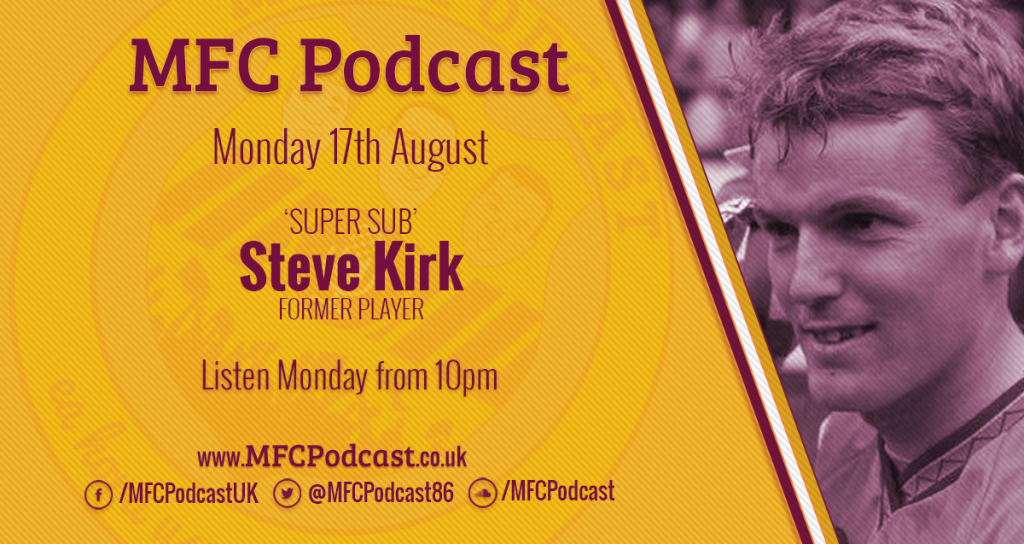 The MFC Podcast team are delighted to announce that a true Motherwell hero will be joining us on the podcast later this month.

Kirk netted four goals in Motherwell’s famous Scottish Cup triumph in 1991 – including the winning goal in the remarkable 4-3 win in the final.

He also has represented the club in Europe – scoring the club’s first ever goal in European competition.

He would go on to score a further three goals in the 7-1 aggregate victory over Hanvar Boltfelag of the Faroe Islands, meaning he held the honour of the club’s top-scorer in Euro action before being surpassed by Jamie Murphy during the club’s fantastic recent run of appearances in the Europa League in recent times.

In 290 appearances for the club ‘Kirky’ hit the net 84 times and remains a club legend.

This is sure to be another unmissable episode – keep up with MFCPodcast.co.uk for the confirmed date of the podcast.