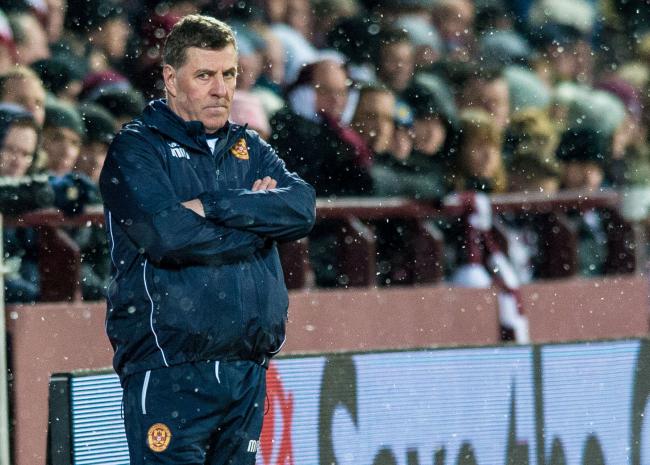 NEWSFLASH: Mark McGhee has quite a hefty ego.

Nothing new there of course. Love him or loathe him, I don’t really think there are any Motherwell fans on the planet who could, in all seriousness, argue that the ‘Well gaffer isn’t a tad on the egocentric side.

For some, it is a huge bone of contention, a personality trait that they simply cannot stomach, and an ongoing reflection of the arrogance of a man who, according to many, disrespected the club in an unacceptable manner in his first spell in charge.

For others, it is possibly something positive. Let’s be honest, football fans often get a kick out of a player with a bit of arrogance or swagger about them, and it would perhaps be naïve to believe there weren’t ‘Well fans out there who see similar characteristics in their manager as something to revel in.

And for the remaining fans, it probably isn’t much of an issue. There might be those in this category who dislike his perceived arrogance and misguided ego but are content as long as he’s doing a good job in his role as gaffer. And the rest of such a category probably just don’t care about Mark McGhee’s love for himself any more than they would give a toss what Louis Moult watches on Saturday night television or what Chris Cadden has on his porridge.

It’s a very understandable point of view. Why should the existence or size of a football manager’s ego have any real bearing? What harm can it really do to a footballing side, and why should the fans waste time and energy caring whether their club’s gaffer might have his own Wikipedia entry wank banked?

In fact, it could be argued that often a manager’s self-belief, arrogance, ego, or whatever else you perceive it as can actually be a force for good for all involved. Players can find themselves taking confidence from their manager’s aura, fans can be given the opportunity to dream about what might be possible under such a man, and the press can often fill tabloids with nicknames such as “The Special One”.

But sometimes, on occasion, a manager’s ego can be exactly the opposite and can, in fact, be counter-productive.

Putting aside any opinions on Mark McGhee’s behaviour in his first stint at Fir Park and focussing purely on his tenure this time around, there is a very real argument that his self-belief has played a negative part in his managerial decisions and, therefore, the performances of the side since his second coming.

Remember getting pumped 3-0 in Dingwall? Not one ‘Well fan I was with looked at the prospect of Marvin Johnson at left-back as anything other than a catastrophe. In the Mallard beforehand, the team news was met with dismay over who was playing full-back, and fears were realised when Johnson took to the field behind Jake Taylor. It was then no surprise when we got horsed.

What about getting obliterated 6-0 at Tynecastle? I didn’t make the game unfortunately, but I vividly remember talking about the team selection prior to the game in our Facebook group chat. Not one person reacted to the team news with anything other than absolute fear. Again, hindsight wasn’t an issue here – our defeat was confirmed from the minute McGhee chose Hammell and Chalmers as full-backs with Josh Law in midfield. Granted, I doubt any of us quite foresaw a 6-0 hammering, but it was hardly a surprise when it arrived.

And what about losing to Caley in the Scottish Cup at Fir Park? Our entire system was designed from scratch to combat the tactical genius of John Hughes, something confirmed by McGhee himself. Despite it being a one off cup tie at home, any semblance of confidence in our own game was replaced by setting up to try and grind something out against that managerial visionary Yogi. Once again, it was a line-up that was reacted to with disillusionment before the referee blew the first whistle. Out we went.

The list of offences is certainly not restricted to these three examples, and it is a list which continues to grow, with many entries ending in not just defeat but often humiliation. Let’s not pretend that a manager making some tactical errors is something to be surprised about, they are only human of course. But it is the type of errors, or decisions, we are talking about.

What convinces a man to make such radical changes that no one else on the planet even considered? What happens during a week to make Mark McGhee think that he can do the completely unexpected and achieve success with it? Presumably, it has to be his belief that he is capable of tactical masterstrokes, throwing out the predictable, and applying his managerial nous to the game ahead. Logically, he must make such left-field decisions on the back of believing he knows something the rest of us don’t.

Unfortunately for Mark, these big changes very rarely seem to bring success. And therein lies a real problem for a club like Motherwell. We can rarely afford to accommodate big egos.

Ego may give you the confidence and self-belief to achieve success, but it can also lead you down a motorway of delusion, leaving you speeding ahead while staunchly believing you can apply a completely non-existent genius to the task at hand.

Mark McGhee’s tactical blunders are often waved away by the man himself. It is often someone else’s fault or, in fact, a case that everything actually went to plan and there just wasn’t the break of the ball or a piece of good luck. Despite suffering some of the most humiliating humpings inflicted on a Motherwell side for some time, Mark McGhee never seems to concede that he simply got it wrong. But why would he? He is as egocentric a manager as we have ever had at Fir Park – such individuals are hardly renowned for holding their hands up.

And should the fans even care? Is there a point in getting upset or frustrated that the manager never takes responsibility for bad decisions?

Well yes, when it might be costing you points.

Many times this season the predictable cries of “fucking change it McGhee!” have rung out at Fir Park, often the go-to-shout of the frustrated punter, and on most occasions over the season thus far it has been entirely justified. Yet, as we peer over towards the dugout with hope and expectation, there is regularly absolutely no interest until it is far too late.

It would be easy to say that perhaps the manager simply has a strong belief in the XI on the park or maybe, as mental as it might sound now, he even thinks things are going well in these situations.

But knowing what we do about the man, is it not more likely that the same ego-driven stubbornness that prevents the gaffer from owning up to his tactical errors also prevents him from making changes to his finely constructed yet often baffling line-ups? If there is one thing that would annoy an egomaniac more than being told a team selection and system created by his God-given managerial genius was, in fact, utter shite, it would be having to admit that to be the case by changing it up.

As a result, we don’t get the changes those in the stadium can see are needed as early as the first-half. We instead get them when we are trailing by two goals, when the charade is up, and the manager can no longer hold out hope that the planets will align, the seas will part, and his tactical gift will shine through.

Instead, it is becoming more plausible that when he looks in the mirror he sees Sir Alex Ferguson or Jose Mourinho. Or, even more likely, he sees a fictional vision of Mark McGhee that the rest of us can not comprehend – a managerial master and tactician extraordinaire, a purveyor of the team selection masterstroke, a champion of the no-need-for-a-Plan-B-because-Plan-A-will-always-succeed outlook.

But, again, he is still not a bad football manager. And he has a decent squad for this level, with some real standout players like Louis Moult and Chris Cadden. We will undoubtedly still grind out odd results in the future because both of these things will occasionally combine to produce the type of performance we witnessed in the first half against Hamilton Accies.

Yet it is becoming increasingly likely that the nonsensical line-ups and defiant reluctance to make changes will continue onwards on their current march to bottom six obscurity, ensuring that McGhee’s second spell at Fir Park is remembered more for the tenure of a man whose ego never mirrored anything tangible, and whose delusions led to some of the most excruciatingly heavy defeats in recent memory.

Somewhere in the dark and dingy loft of a house in Brighton is the portrait of a vastly inferior football manager, a picture which magically appears to get more and more substandard every time a left-winger is shoehorned in at left-back or a possible substitution is dismissed until the game is lost.

Unless Mark McGhee destroys the portrait on one of his jaunts home, this season could be a long, uninspiring, and potentially concerning one.