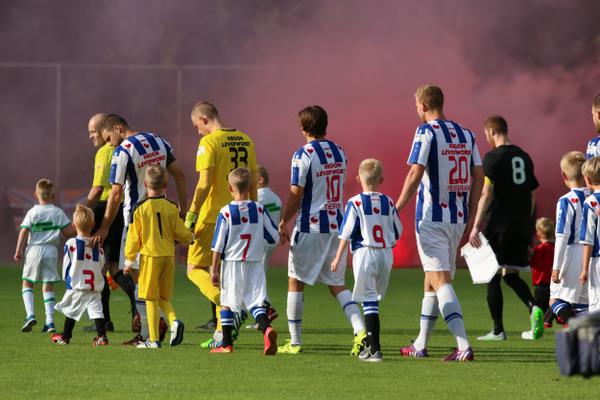 With no European football this year it’s been a return to a more traditional preparation for the new season for Motherwell with a smattering of pre-season friendly matches that’ll hopefully ensure the team up are fully to speed come opening day.

Friendlies can often polarise opinions with some fans loving them and others who can’t abide them.

I have mates that will point-blank refuse to shell out their hard-earned to watch players go through the motions (a bit like half of our games last season then I hear you say) in games that, when it boils down to it, mean the square root of fuck all.

But then I know others who absolutely lap them up

Me? I’m more towards the latter of the two camps.

Of course for the team it’s all about getting match fit and for supporters it’s nice to see the team in action again, the new signings and the shiny new strips but friendlies for me, or away friendlies to be exact are all about the social element.

A decent away friendly has the potential for a right good day, or even weekend out, in the company of friends and acquaintances you might have barely caught up with since the last season finished. It’s a chance to venture to pastures new, tick off another ground from the “to do” list, discover new chippies and, it almost goes without saying, there’s the opportunity to have a right good swally.

And you even get to watch Motherwell play as well…if you can be bothered with the actual game that is!

Despite getting the nod from the good lady the Dutch tour was just too much, too soon after our two weeks in the sun; so when it was announced we’d have no games at Fir Park because of work on the pitch my hopes were raised about the potential for some decent away trips. 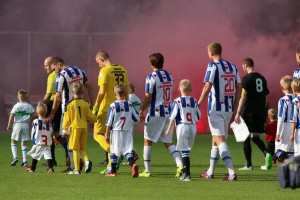 It was pretty disappointing then to find that what could have been a couple of trips to Bradford and Preston, had they been away games, were in fact going to be played in the soul sapping environs of Livingston on a Friday night and Grangemouth on a Tuesday afternoon.

Still, there have been plenty of good away days in the past to reflect on.

Probably the furthest I’ve travelled for a pre-season would have been in 1996 when Alex McLeish arranged a two game tour that took in Southend one night and non-league Baldock the next.

The temperatures in the south of England might well have been warm that July but the welcome at Roots Hall certainly wasn’t as one of their club clubs officials turfed out a group of ‘Well fans from a bar in their Main Stand no sooner had we got the drinks in. Just the kind of friendly gesture you look for after travelling 400 miles for a friendly eh!

Still, we did get a revenge of sorts when we became welcome beneficiaries of some comps from the aforementioned ginger gaffer. Ha!

Way at the other end of the UK for years Highland League clubs were the staple opposition for Scottish sides in pre-season and Motherwell were no exception. I’ve fond memories of heading up north with the old man and skin and blister to go camping in Keith and taking in a couple of friendlies against Elgin and Huntly.

These days it tends to be only the more northerly based senior clubs or the likes of a Motherwell or Kilmarnock XI; or even youth sides that get sent north play against the Fort Williams and Broras of the world. For me that’s a wee bit sad.

With the Highland League having a better reputation than their southern and eastern non-league counterparts games against these sides tend to be a bit rarer. A couple do however stick in the mind.

A trip to Selkirk in 1988 proved to be life changing when my old man noticed me screwing my eyes up whilst trying to watch the game and suggested I took a look through his glasses to see if it made any difference. And so literally in the blink of an eye the Airdrie mates at school could now add “spekky” to my fat Motherwell bastard tag. Pals eh! …

Back on the park I do remember a game against the might St Cuthbert Wanderers in Kirkbudbright just after our Scottish Cup win. At the time Nick Cusack was a bit out of favour with wee Tam and for whatever reason new signing Tony Shepherd was also in the squad whilst the first team were in Germany.

Little did Shepherd realise that he was about to give us a foretaste of how his Motherwell career would pan out. Grabbing the ball off a young reserve player for a penalty so he could “score ma first goal furra club”. He missed. And in time he would barely get a game for the team far less score his first goal for the club.

Another part of the world that was once really en vogue for friendlies was the north of England and we’ve had an absolute ball there on more than one occasion.

Many of these days out were only possible thanks to the much loved Liz Mullen running her Muirhouse Branch bus to them.

Off the top of my head I can think of a weekend based in Durham that saw ‘Well take on Spennymoor and our host city Durham, a run to Hartlepool, a couple of games against Carlisle and a game against Ashington, to name but a few.

The Ashington game was just a complete boozefest from the minute we boarded the bus until we fell back off it again at night in Motherwell. What with boozing on the bus and the social club that had been open early awaiting our arrival by kick off there were some travelling ‘Well fans who couldn’t have told you whether it was Ashington or Arsenal we were playing.

The Pit Ponies set up though was just perfect for that kind of game. An hour before kick-off and you can hear some murmurs from some folk wanting to know how to get into the ground. The guy behind the bar just smiles knowingly.

Out from his bar he comes, slides a curtain along which reveals a shutter he then opens leading directly into the back of the terracing. “And remember to take your beer with you lads” he adds…. Result!!

I’m actually not that big a fan of the proposals for summer football but lying on a big grass bank in the sun with a pint in your hand watching your team? I suppose that’s as close to perfect as summer football could get.

Another great day was the first of what I think was three friendlies we played in a short space of time at Carlisle. Again Liz had run a bus and I’d helped by getting us booked into Annan Athletic’s social club for some beers on the way down.

This was before Annan got into the league and the folk at their club were just amazing. Free pies for everyone. T-shirts were getting handed out to the weans. A wonderful welcome. After a wee while though the numbers in the bar began to thin out a bit and with a fair bit of shouting going on, there was obviously some kind of commotion afoot outside. Those nosey enough still inside headed outside to see most of our bus having a kick-about on Annan’s pitch. The barman had just chucked them a ball and told them to get on with it!

We did the same on the second friendly down at Brunton Park but the day wasn’t nearly as good as were caught up in some police operation to inspect any football coaches that were heading south that day. Much speedy hiding of cargos on the bus that day!

For me you need only look back at how much the Morecambe friendly was enjoyed by those who travelled down to appreciate that if the opposition and the geography is right there are some cracking days out to be had before the series business of competitive football begins.

Let’s hope for some good travels again next year.