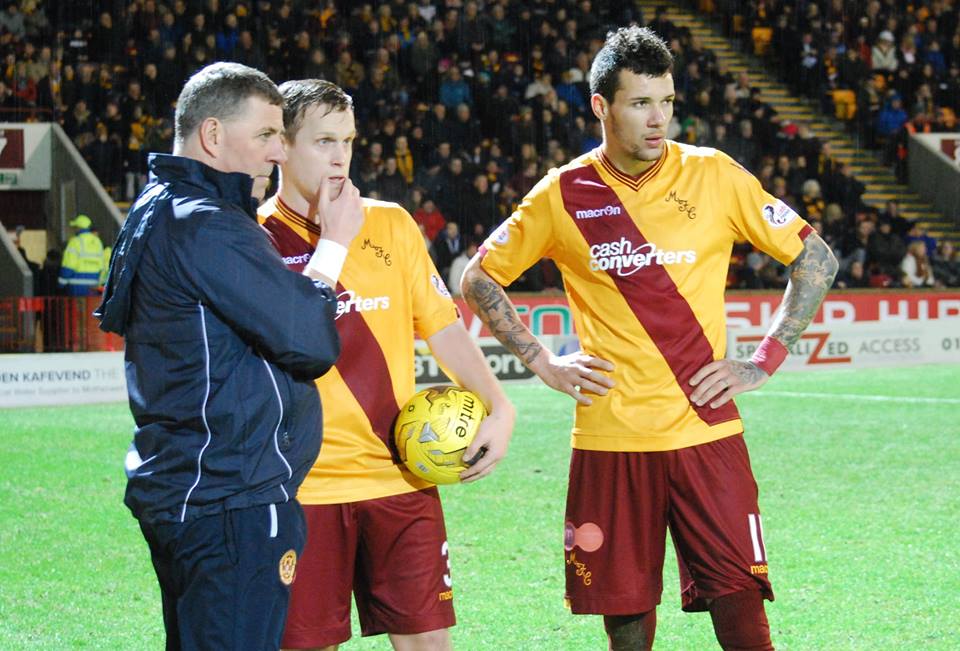 I still cringe thinking about it…..

In May 2007 Maurice Malpas’ Motherwell team squandered a 2-0 lead to lose 3-2 to fellow relegation contenders St Mirren at Fir Park.

Defeat for Dunfermline that day ensured that it would be the Pars that were relegated, but it wasn’t enough to avoid the ‘Well fans showing their displeasure at the Saints defeat and the horrendous campaign as a whole.

Clearly disgruntled at another embarrassing loss they threw their season books on to the field of play – the only issue was that it was the last home game of the season, aside from sacrificing their 10% discount at ‘The Glassman’ or ‘Mr Chef’ this impromptu protest was nothing more than a knee-jerk reaction that made the fans look every bit as silly as the players and management on the day.

Almost nine years on from witnessing one of the worst Motherwell teams I’ve had the miss-fortune to watch and under in my view (the very worst) manager in my lifetime of supporting MFC, the club looks to be hurtling towards another relegation dog-fight, guided by a manager who is losing the backing of the fans at an alarming rate.

Saturday’s 2-0 home defeat to Kilmarnock was met with fury by a number of supporters – with the majority of the focus being directed at Mark McGhee. 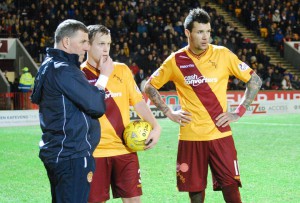 However despite having failed to record a victory in our opening seven fixtures of 2016, there is still reason to believe the team and the manager can turn things around – perhaps given the dross served up in the last few fixtures many will consider this to be a ridiculous claim, I’ll try put my case forward as to why this season doesn’t have to end with relegation six-pointers and a great deal of nail biting.

Despite a clearly flawed transfer policy during Ian Baraclough’s tenure as manager, there is still a great deal of quality within the squad – it’s now up to the manager to bring out the best in these players.

A number of the senior figures within the squad will probably confess to having let their performance levels dip, these guys are integral parts of the team and to helping keep the team spirits in and around the club up, guys like Keith Lasley and Stevie Hammell have been here before, in much more difficult circumstances, they need to draw on all of their experience and drive to ensure the club remain where we all know they belong – in the top tier of Scottish football.

Young players such as Ben Hall and Chris Cadden have been handed opportunities and have performed extremely well and provided real positives at a time that results are well below-par.

A look back to the starting-eleven that took to the pitch for that game against St Mirren will show you that the likes of Paul Keegan, Colin Meldrum, Marc Fitzpatrick and Willie Kinniburgh were all handed starting places.

When you consider the current squad possesses the likes of Connor Ripley, Marvin Johnson, Lionel Ainsworth, Louis Moult we are certainly blessed with a great deal of quality, more so in my view than the likes of Partick Thistle, Kilmarnock and Dundee United.

The league table of course tells a different story, but given how tight the league is from Ross County in fourth to ourselves in that play-off spot, there is no need to be reaching for the panic button just yet.

The fans themselves now must step-up and play a part too, regardless of their views on the manager. Fir Park is not a nice place to be at just now and the noticeable discontent amongst the fans seems to be having a direct effect on the players.

You don’t have to like the manager, it probably makes absolutely no difference to him whether you do or not, he’s an experienced individual who has undoubtedly faced more hostility than he currently is now – the same however can’t be said for the younger guys in the team.

What is for sure is he’s not going to be forced out or lose his job between now and the end of the campaign, like it or not McGhee will be our manager come game 38 of the the 2015-16 Scottish Premiership campaign.

Between now and the end of March we’ll face Dundee United twice, Partick Thistle at home and Hamilton away, all massive games in which the results are almost certain to decide whether it will be a comfortable conclusion to the season or whether purchasing additional underwear is a better idea.

Supporting Motherwell in recent times has been straight forward, up until our 11th place finish last season our greatest concern has been whether or not the club will qualify for Europe (and they did five times in six seasons).

The true test starts now while the team struggles at the wrong end of the league, the players need your support regardless of your viewpoint on the manager.

By all means vent your frustration on social media, in the pub, at your work about what you think is going wrong at Motherwell, but surely doing it during a game will only have further negative consequences for the team?

Let’s not step back nine years, the play-off’s last season demonstrated the positive effect that providing a positive backing to the team can have and remember you never know when you’ll need those discount vouchers…..