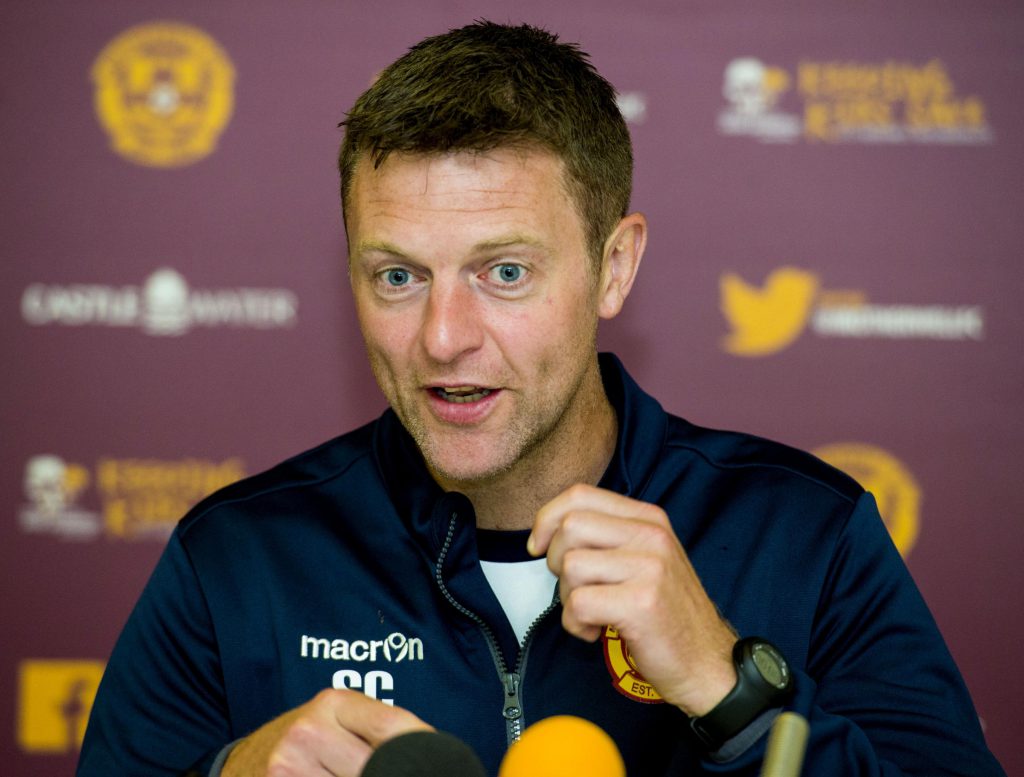 In a modern world where talk is cheap and money is everything, loyalty and sentiment are far down the list of attributes of the modern footballer. Probably somewhere between their ability to belt out Nessun Dorma in C major or go a week without visiting Nando’s.

Far too often we hear of players pledging their allegiances to the cause while doing their best to engineer a better-paid move elsewhere. Think we’ll just leave that there… However, our wee club is blessed when it comes to tradition, a togetherness, a family ethos that would turn John Boy Walton a bit green with envy.

So many have stayed at Fir Park, but perhaps the true value of Motherwell in those who have been nurtured within its walls is in those who have left but been drawn back. Stevie Hammell, Keith Lasley, Stephen Pearson, David Clarkson and, of course, James McFadden are just a few who have done so in recent years.

Yet, there was one man thirteen years ago that was someone of a trend setter. Step forward Stephen Craigan.

The Northern Irishman endured a sheltered first six years in claret and amber after being plucked from college-team obscurity in his homeland, before the pursuit of regular football took him to Partick Thistle. It would be a three-year period filled with profit and progress, before being lured back by Terry Butcher in 2013.

In a special and exclusive interview, Craigan tells his story.

“It was actually Martyn Corrigan,” he explained. “I’m still mates with Marty but he said to me at the time that the manager always spoke highly of me when playing against me.

“So I said ‘Well let him know I’m available!’ as I was out of contract. Terry then got in contact with me through an agent and that’s how it was done.

“It wasn’t a difficult decision. I’d improved as a player, I knew the club. But I also knew the fans would be wary of me coming back.”

Craigan’s love affair with Motherwell may have been rekindled in the SPL summer transfer window of 2003, but it was a relationship that was first kindled nine years earlier in the unlikely setting of Ayr. It was here that Lady Luck would help pluck him from obscurity and throw him the opportunity to realise his dream at this wee team from Scotland.

“It was around April in 1994,” explained Craigan. “There was a youth international tournament in Ayr. I then came for a trial in July ’94 when I played a couple of games, did some training, and then I was asked back for a second one.

“I was playing college football at the time and seven or eight of us came over. I think three of us ended up signing. I was only 17 when I first came over so it was a massive deal.

“A lot was going on the day I signed. Alex McLeish flew over to Belfast where he was meeting our parents and stuff, but the club were in the process of selling Phil O’Donnell to Celtic.

“I don’t think we were meant to be replacements for him given the money involved in his transfer, they were getting us for about £30 a week!

“Alex was taking the first steps in his managerial career so to have that kind of personality and presence coming over to speak so highly of the club and what he’d hope we would do was very nice.”

It’s almost impossible for Motherwell supporters to imagine some of the most memorable moments in the club’s history since the turn of the century without the presence of the iconic captain. It’s no different for the man himself. But why Fir Park in the first place?

“It’s a question I probably don’t have an answer to,” he explained. “I was just searching about hoping something would happen at the time.

“A lot of the guys who I’d played with at international level at under-16 had all gone away. I was almost 18 and I’d feared my time had passed me by. I went to college to further my education and do a sport course. Football was something I was interested in.

“Thankfully we went to that tournament and did well as a team. When you have a trial you only have one chance to impress and I didn’t have a lot of interest, you had to make the most of it.

As much as Craigan was a major success after that return from Thistle, the troubling period that led him to swap Fir Park for Firhill is still fresh in his mind.

A warrior who led Motherwell fearlessly for so many years in his later career, it’s perhaps difficult for younger generations of fans to imagine a rather fresh-faced young man from Northern Ireland struggling to make a mark in a defence that, at the time, was marshalled in the middle by Greg Strong and Shaun Teale.

“I was there six years initially but I got to the stage where I knew I had to go and play first-team football,” explained Craigan, who had only made 30 appearances for Motherwell by the time of his move. “I was playing now and then but I was getting disheartened and disillusioned.

“I remember when the manager called me in back in 2000. It was Billy Davies at the time, and told me I was moving on. I’ll be honest, I was heartbroken.

However, a move back to Fir Park occurred in 2003 and the rest, as they say, is history. A further nine seasons in a Motherwell jersey would stretch out in front of the former Northern Ireland captain as he would go on to rack up well over 300 games.

Within there, a lifetime of memories still bubble away as Craigan, who now looks after the club’s future in the form of the U20s, ponders his own past – images of THAT goal against Kilmarnock in 2005, opening the East Stand gate to launch a long throw-in goal ward; the feeling of pride as he graced the Hampden pitch in the League Cup final in 2005; leading out the Steelmen in the Scottish Cup final six years later. All of which, as if it were needed, ratify that he has a lot to thank his old pal Marty for.
He said: “In my second spell during the first season I won Player of the Year from the fans. That showed I’d made an impact. Getting the captaincy as well. I think Terry Butcher took it off me, gave me it back then took it off me again! He was in two minds.

“Of course we played in two cup finals but those occasions weren’t as memorable as what we would have liked. The semi-finals were probably much more memorable. The semi-final at Easter Road in 2005 I scored the first goal that night – which was my first goal for Motherwell – and then the dramatic nature of Marc Fitzpatrick to score in the 120thminute. That sticks out.

“The Scottish Cup semi-final of 2011 I scored in as well!

“Getting the opportunity to do that, it is memories like that which make it all worthwhile.

“Now I’m looking after the U20s, I want to give others the opportunity to realise their dream here, just as I did.”