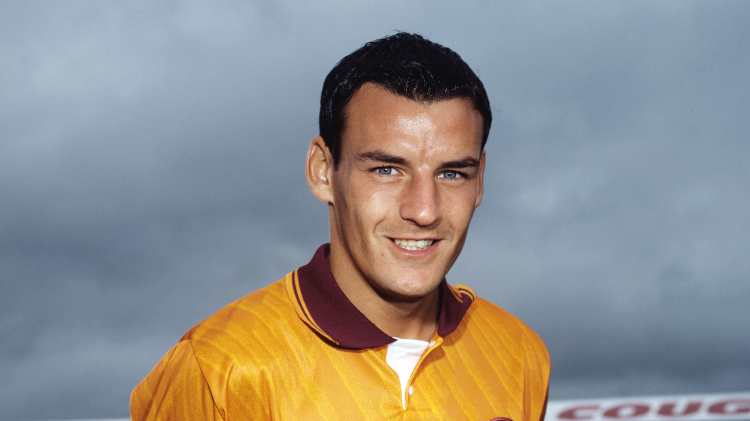 McGrillen took his own life on 29 July 2009 and on the 10th anniversary of his untimely passing the club released an emotional and poignant video where his loved ones shared their happy memories of Paul as well as the pain of losing a loyal husband and proud father.

The words of Paul’s wife Michelle were especially emotive and thought provoking. As she explained her anguish of not spotting the signs of the struggles her husband was enduring she said: “For me, everything is fixable. There are people you can talk to. To think your loved ones are better off without you is absolutely not true.”

A few days later and it was the turn of the fans to show their respects and as ‘Well took on Livingston in their Scottish Premiership opener, a tribute banner was unveiled before a minutes applause during which the 1479 travelling fans remembered Paul and brilliantly demonstrated their support for his family.

Sadly tributes to young lives lost far too soon have become a common occurrence for Motherwell fans in recent times.

Just two weeks prior to the tributes to McGrillen, fans took part in the first Alex Lindsay & Lloyd Welsh Memorial Cup. Alex (18) and Lloyd (22) were ‘Well fans, taken from us at a devastatingly young age and their passing has left a huge void for both their families and friends.

Organised by the SIWY Fanzine, the tournament raised £1,687.78 for Chris’s House, which was founded by Anne Rowan in memory of her son Chris, whom she lost to suicide in 2011 at the age of 36. In the years following Chris’s death, Anne experienced an overwhelming sense of guilt. Her hair fell out; she lost her balance and couldn’t go out unaided.

Since the launch almost four years ago, the charity has provided crucial support to those experiencing crisis, supporting them to counter depression and despairing thoughts and exchange reasons for dying with reasons for living. They aim to reach out to the wider community and make a difference not only to each other’s lives but for those who come into contact with Chris’s House at their time of need.

Now while the focus of this article has centred around the issue of suicide in the local area, of course it’s much more widespread than that.

Figures released in June 2019 by NHS Information Services Division (ISD) confirmed the rate of suicides in Scotland has risen to the highest level in five years, with the rate of deaths for people aged 15-24 up 50%.

Despite the hard work in the promotion of mental health issues and the importance of the message that ‘it’s okay not to be okay’, it’s deeply concerning that the rates of suicides in Scotland continues to rise.

It’s an issue that goes well beyond the colour of our scarves, our footballing allegiances and our backgrounds or beliefs – Scottish football fans rarely agree on much, but reducing suicide rates is surely something we can all come together on?

Football can be a fantastic vehicle to drive important messages and the impact of a crowd of supporters coming together to promote a strong message is a very powerful thing.

It can feel nigh on impossible to talk about our fears and our feelings, however the more we talk about suicide openly, the sooner we reduce the fear and stigma that surrounds it.