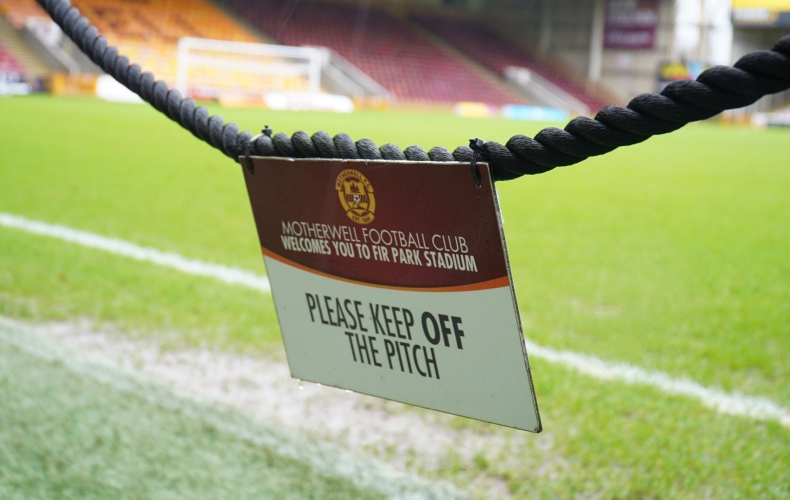 It may not be more important than life or death, though there’s no denying the significance of football on our lives and for that we miss it desperately.

In a short space of time many of us have forgotten what a normal day feels like.

Personally, I’ve slowly grown used to the sun breaking through my curtains, stirring and remembering that the world outside is essentially off limits. These are exceptionally difficult times and while football is far down the priority list right now, it may also be one of the important factors in providing an escape, hope and inspiration during where many of the things that we were able to take for granted are absent from our lives for an indefinite period of time.

It’s quite incredible to consider that it was only 15 days ago that the SPFL announced the suspension of Scottish football matches and the events that have transpired since. Many of us will now be adjusting to working from home and substantial restrictions on our ability to leave our homes, though for some their lives have been turned upside down through the loss of employment as a consequence of this epidemic – the world has become a very confusing, scary and surreal place in recent weeks and as a result we’ll all feel significant mental challenges in the difficult days, weeks and months ahead.

This is where the absence of football is felt so badly.

‘Some people think football is a matter of life and death. I assure you, it’s much more serious than that.’

Perhaps the most famous quote in football has been debated in the last few weeks and surely in a time of global crisis we can reach the conclusion that while Mr Shankly’s passion for the game that we adore strikes a chord, it ultimately is factually incorrect.

Of course, there are much, much more serious issues going on in the world right now, life and death situations that are much more serious than whether the Scottish Premiership season is played to a conclusion or the potential restructuring of our league setup.

Though at times like this, we are reminded that football is so often the perfect release from the difficulties we face in our lives, it brings us together and allows us even just for 90 minutes to forget other (quite often more important) matters and together experience all sorts of emotions. From the highs of a last minute winner, the crushing disappointment of the opposition snatching one at the other end, losing your mind over a decision you in reality suspect the referee may have got right. When you win it can shape the rest of your weekend, a loss quite often does the same – there’s a gaping hole in our weekend schedules and traditions and we obviously miss it desperately.

A loss of routine coupled with the loss of our escape and the uncertainty that surrounds our day-to-day lives quite simply feels overwhelming. To reflect on the situation as it is causes me significant anxiety, boredom can rise to the surface quickly and it feels more important than ever to ensure that we are looking after those closest to us – it’s hard to imagine that there has ever been a time where so many of us are facing the same mental health challenges at the same point in time.

Football has again provided some respite in the most difficult points of the first few weeks of social distancing and lockdown. Revisiting recording episodes of the MFC Podcast has been a perfect distraction from what is happening outside, I’ve read more football content online than I think I ever have before, finally got round to reading some of the books that I glanced at in the bookcase and cursed myself for not getting round to – there’s still plenty to go and for that I feel like my sporadic overspending on football books has now been justified.

The wider football community has also continually shown real class throughout these bleak and uncertain times too. Whether it be the players and staff at Motherwell phoning their elderly season ticket holders to check in on their wellbeing, Celtic donating £150,000 to the vulnerable and to help support NHS staff or Livingston helping fund free meals for those in need within the local community. There has been so many brilliant acts of kindness and demonstrations of proper community spirit and human kindness in action it shows that we will get through this.

It’s a tough thing to consider that a resumption of what we once considered to be the ‘daily grind’ is still quite some distance away. Though that day will return and when it does I think it’s safe to say that life automatically will become a great deal brighter.

A life where we count down the days until a Saturday, where we escape our worries, revel in the highs, despair during the lows, spend time with those who matter most and take part in all of the silly (but hugely important) routines and superstitions .

In the meantime, regardless of your allegiances it seems like the one time where that doesn’t really matter. Talking about a memorable game, goal or player could really provide an escape and that connection that the loss of the beautiful game has caused.

Even those I consider to be the strongest mentally have been quick to admit that they are struggling right now, given the circumstance that’s totally natural. Though not everyone struggling is as comfortable speaking up, please make use of video calling, social media and messaging apps to check in on those closest to you – it could make all the difference.

And keep in mind that not every Saturday will be like today. It won’t be too long before you are hugging someone you’ve never met before, before you hear the roar of the crowd, you smell the pies, the freshly cut grass – it will be bliss and we’ll appreciate it more than we ever have before.