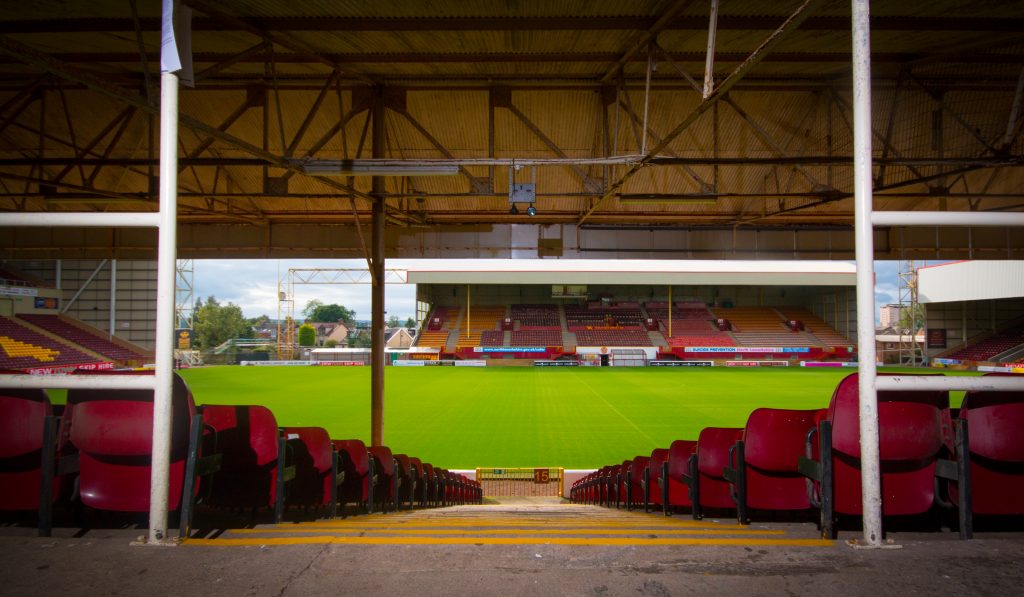 For the second successive Tuesday, defeat to St Mirren had left me questioning why I even bother. Just like one week previously, I slumped out of Fir Park while the travelling contingent of Buddies fans revelled in what was an unexpected, but admittedly, a fully deserved victory.

Doing my best to get out of a freezing cold Lanarkshire night, I was back at the car in record time. The radio was quickly turned off. I’m not one for taking defeats badly, I’ve supported Motherwell from a very young age and I’m used to feeling that painful gut punch just when you begin to think that things are looking much brighter – though on this night I was sulking at best.

Was it as bad as one week before? On that occasion Saints were 4-1 up by half-time only for Motherwell to somehow recover to level at 4-4. Though of course there was a sting in the tail, penalties and a succession of wayward kicks from the spot ensured that for another year our Scottish Cup hopes were over.

Third spot in the Premiership table, though suddenly looking like we may never ever win a football match ever again. On the bright side after facing the St Mirren three times in the space of as many weeks, this would be the last we would see of the Paisley side, who were proving to be a source of great irritation.

That’s what we do isn’t it? Allow the glimmers of light to re-emerge, dust ourselves off and go again. Yet two months on, I’ve still not had the chance to go again.

I missed the 4-1 success against Ross County at Fir Park one week later due to illness. Watching on an online stream, I struggled to recognise those in claret and amber from those that played as if they had never been formally introduced to each other in the second half seven days previously. Typical luck, I’d endured all but one of the last eight ‘Well games in which they’d failed to register a single win and here they were turning on the style in my absence.

A rare Saturday shift meant that again I had to settle on following the 1-1 draw with Hearts from the couch, though at least there was the vital six-pointer with Aberdeen at Fir Park on the horizon and the team appeared to be emerging from their slump. A Friday night fixture under the lights that was sure to have a big say in the race for third in Scottish Premiership – what better an occasion to make my return?

Of course, the escalating concerns resulting from the coronavirus outbreak led to the postponement of the Dons fixture and indeed forced the suspension of the 2019/20 campaign until further notice.

Whether it was a lack of understanding or an unwillingness to accept the gravity of the situation at the point in time, never did I anticipate that a few months down the line, the day that football returns is even more uncertain as it was then.

Eight weeks on and we have grown increasingly used to watching on in horror as the devastation caused by COVID-19 becomes increasingly apparent. People losing loved ones, losing their jobs, their businesses, having to go long periods of time without seeing family or friends and a requirement not to leave their homes unless totally necessary – football is way down the priority list.

This has led to me feeling a fair amount of guilt for missing the football as much as I currently do. I watch an old match and the urge for the wonderful highs, the crushing lows and everything in-between is huge. I can’t ever remember reading as much football related material and the same can be said when it comes to listening to podcasts about the game or watching YouTube documentaries.

It seems I’m not alone either; social media is full of clubs, fans and players sharing memorable moments, group chats taking on a tone of desperation when it comes to that first game back, pre-match drinks are already planned – our excitement on the day that football returns will be off the scale.

Football for many can provide an escape and release – it’s 90 minutes away from the stresses of our everyday lives, part of our routines and for a number a social occasion. There will be those of us who only see some of our mates at the football, some use it as a family occasion, though for everyone it is special.

When you win it can shape the rest of your weekend, a loss quite often does the same – there’s a gaping hole in our schedules and traditions right now and it’s at that point where I begin to come to terms with why so many of us are missing the beautiful game.

Personally I’ve been following the game for over 25-years now, with the vast majority of my Saturday’s spent within the confines of a football stadium. It’s only natural that when something for which we hold a great passion for is removed as an option, that it will be missed.

Thinking back over those 25-years, there has been times where I’ve felt fed up perhaps even contemplating taking a big step back from how much effort, money and time I invest in following my team.

Though it’s quite like Michael Corleone in the Godfather – just when I thought I was out, they pull me back in. Perhaps that’ll be the case for some of those who have lost some of their enthusiasm for the game for whatever reason will find a new found spark during this time where the element of choice has been removed. The option to turn on the television and catch a game live is gone, football teams up and down the country are going into survival mode and in times of crisis it’s so often the supporters who rally round and do all they can.

I have to go back to the 22 January for the last time I witnessed Motherwell win a football match in person, on that occasion a long midweek drive to Pittodrie proved to be a very worthwhile one.

When the time does arrive for football to return though, I’m not sure the result will matter whatsoever. All that time without experiencing any of the emotions that go with being a football fan means that even the thought of that all too familiar gut punch seems strangely appealing.