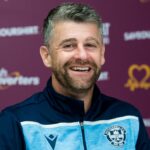 Andy P and Pepe guest to discuss the departure of Stephen Robinson from Fir Park, ponder who will be next in the managerial hotseat, consider how the team have found themselves in a relegation battle, talk the transfer window and much more. 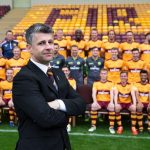 Andy is joined by Scott McLure to rank all of Stephen Robinson’s signings from his first two seasons at Fir Park from worst to best. There are some names you may have forgotten, cult heroes and players who continue to play a big role. Over the coming weeks there will be a number of special podcasts being released as an escape from current events. We hope you are all safe and urge you only to go out if totally necessary.

With just four days to go before the Scottish Cup final, Sparra sat down with Motherwell boss Stephen Robinson for an insight on preparations ahead of the big day, discuss his career at Fir Park as both assistant boss and as manager, Euro 2016, disappointment at Oldham and much, much more. 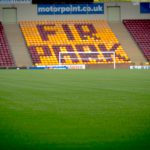 Stephen Robinson admits it has been a whirlwind return to Fir Park.

The Northern Irishman, who had previously worked as assistant to Ian Baraclough and Mark McGhee, was brought back to Motherwell in February, tasked with assisting McGhee in guiding his struggling side to safety in the Scottish Premiership.

However, in football nothing is straight forward.